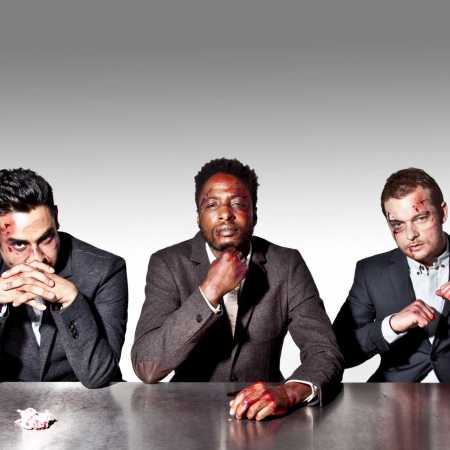 Foreign Beggars are an English hip hop and dubstep group. Since their formation in 2002, the group’s trajectory has seen them evolve from an underground hip hop group to an electronic crossover act. The group consists of four artists individually known as Orifice Vulgatron (vocals), Metropolis (vocals), DJ Nonames (turntables), and Dag Nabbit (producer). Foreign Beggars made their start producing several singles and albums on their own Dented Records imprint. In 2011 they teamed up with the Never Say Die label on The Harder They Fall EP. Following a diverse series of singles for mau5trap released in 2012, the group released its new album The Uprising on the deadmau5-helmed label. In celebration of the release of the album, Foreign Beggars have been on UK and North American tours to showcase their new material in the live arena.