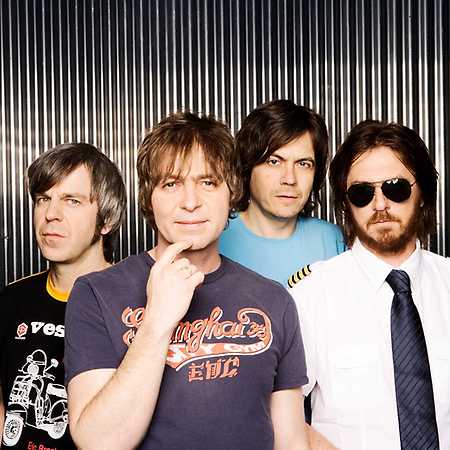 Fools Garden (until 2003 known as Fool’s Garden) is a German musical group formed in 1991, initially named after Fool’s Garden, an album recorded by Freudenthaler and Hinkel. Thomas Mangold, Roland Röhl and Ralf Wochele joined the band shortly afterwards and Once in a Blue Moon was released by the complete band in 1993.

In 1995, the band released Dish of the Day which gained popularity in Europe and Asia as it included Lemon Tree, the band’s most successful single to date, reaching Number One in Germany and other countries. Following the success of Dish of the Day, the band released three more albums, Go And Ask Peggy For The Principal Thing (1997), For Sale (2000) and 25 Miles to Kissimmee (2003) in their original line-up with little commercial success.

Following 25 Miles to Kissimmee, the original members Mangold, Röhl and Wochele left the band and were replaced by Dirk Blümlein (bassist), Claus Müller (drummer) and Gabriel Holz (second guitarist and backing vocals). To signify the change, the band decided to remove the apostrophe from the band name on their next album, Ready for the Real Life. Despite some critical acclaim, the band’s next albums, Who Is Jo King? (2012) and Flashback (2015) also were commercial failures. After Flashback, Müller left the band and was replaced by Jan Hees with Thorsten Kiefer joining as a keyboarder. The band’s latest album, Rise and Fall, was released 20 April 2018.

The band’s musical style ranges from britpop and pop rock, inspired by bands such as The Beatles and The Who, to baroque pop and electronic pop.