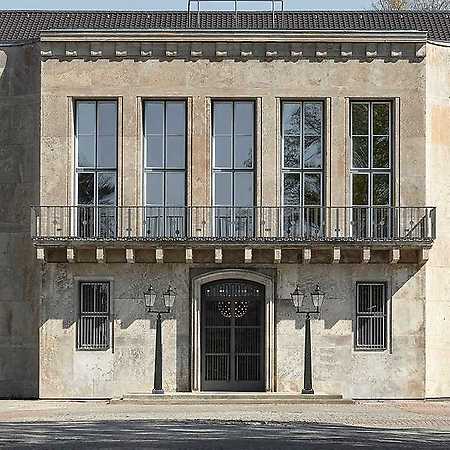 Fluentum facilitates the creation and presentation of contemporary art with a strong focus on time-based media – such as film and viceo. It supports artists by buying works for its own collection, funding productions, and putting exhibitions. As a private initiative, Fluentum is independent from institutions and galleries.

Fluentum is located in Dahlem — a southwestern district of Berlin — in the former main building of a military facility built in 1936-38 for the German Luftwaffe, which served as the headquarters of the U.S. Army from 1945 to 1994. The Berlin Airlift was organized here. Over the past three years, the historic building on Clayallee has been extensively redesigned by the Berlin architects Sauerbruch Hutton for use as an exhibition and private space, so that seven areas spanning over 600 square meters can be used to exhibit art and host discussions with artists.