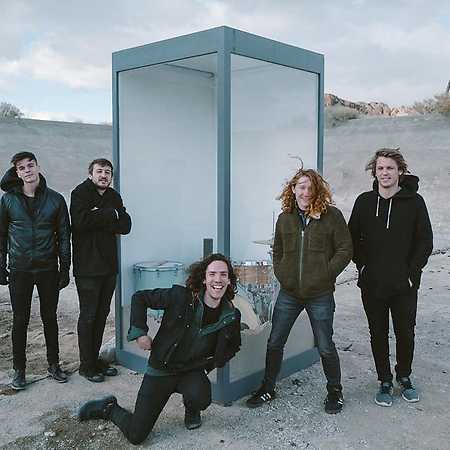 Flor are an American indie pop band from Los Angeles. The quartet was formed in Oregon in 2014, when vocalist Zachary Grace, with his enthusiasm for the synth pop of the 1980s, started designing his own synth sounds on the computer, reminiscent of this great decade of pop. They created their first songs with the bassist Dylan William. Soon the guitarist McKinley Kitts and drummer Kyle Hill joined them and they produced their first EP as well as an album at home, in their bedrooms and put the music online. Immediately they gained many enthusiastic fans nationwide. In 2016, the four moved to Los Angeles together and signed their first record deal with Fueled by Ramen. Flor’s latest album Come Out, You’re Hiding created an international and dedicated fanbase for the band.