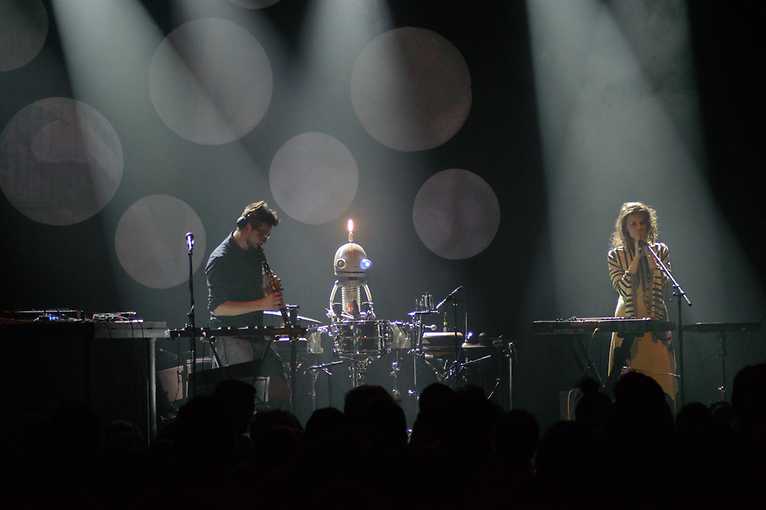 The czech composer and multimedia artist Floex presents a new concert project related to the release of Machinarium Remixed, a remix album celebrating the 10th anniversary of Amanita Design’s PC game Machinarium. As a celebration a few remixers made new songs out of the Machinarium OST tracks, amongst whom were e.g. the British legendary duo Orbital, german artist C418 or Czech frea-folk duo DVA. For these series of very special concerts the team developed an original drumming robot Josef and will present the main
Machinarium character on stage. This concert will be also joined by Netýkavka – an interactive light statue used as a musical instrument with an added ability to respond to touch, a project on which Floex collaborates with the visual artist Dan Gregor (INITI).