Finntroll is a Finnish band that combines elements of black metal and folk metal. Finntroll's lyrics are mostly in Swedish, as the band's original singer Katla was part of a Swedish-speaking minority in Finland and the sound of the language seemed to better suit the band's "trollish" outfit; despite several vocalist changes, this tradition has continued. Finntroll's lyrics mainly deal with legends and tales revolving around the fictional troll-king ”Rivfader" and trolls fighting against the Christians who entered their lands and spread their beliefs. To date, the band's discography includes seven full-length albums, a live album and three EPs. Their latest studio album Vredesvävd was released in 2020. 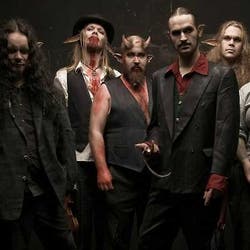 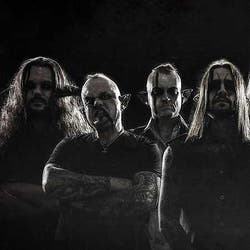 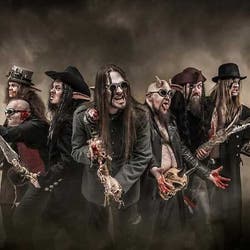