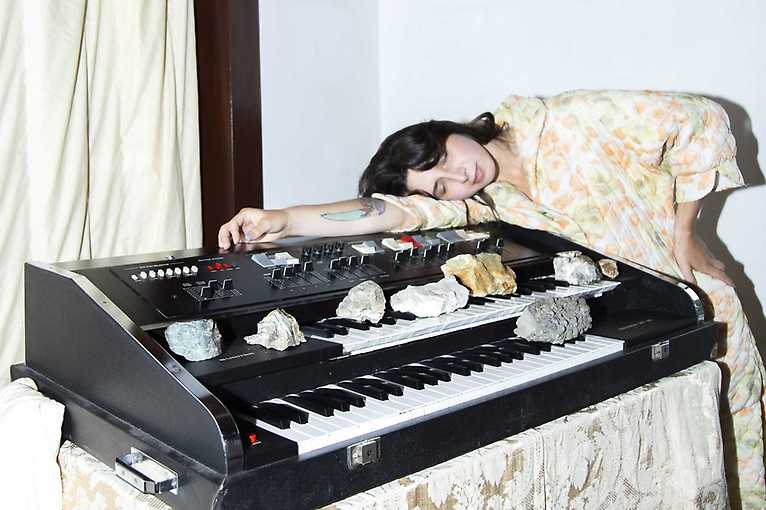 Antonina Nowacka’s Oniric vocal works evoke echoes of Far Eastern music, religious chants or dream-pop. And they are themselves largely composed of echoes.

Antonina Nowacka is a vocalist interested in using the voice as an instrument. Her sonic explorations are rooted in opera, as well as early music: ancient and religious songs. Together with the trumpeter Olgierd Dokalski and producer Paweł Bartnik, she co-created the band kIRk; in the audiovisual duo WIDT, she experimented with the electronic layer. Last year her solo album Lamunan was released, which was a consequence of Nowacka’s stay in Indonesia lasting several months. The artist studied local traditional music and her album, based on the layering of voice and its echoes, is the result of hours spent in Javanese caves. Lamunan was very warmly received by the critics, even making it to the list of 100 best albums of 2020 compiled by the British portal Quietus

The stream will be available on the Facebook profile of FINA Walbrzyska 3/5.