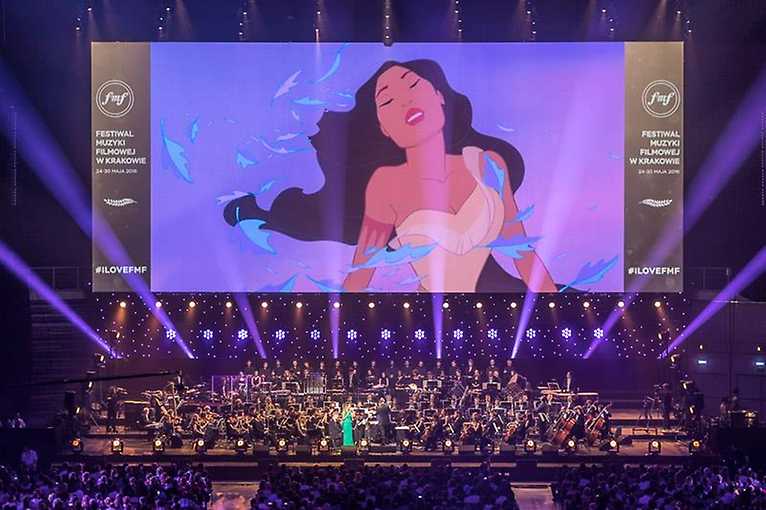 Archival concert with soundtracks from animated films presented as part of FMF Online. In animated films music plays a particularly important role. Not only does it accompany the action, but also participates in its construction, creates the mood, gives the characters character, often much more than in feature films. Soundtracks for animated films – both feature-length and short films, as well as television and series – are often spectacular symphonic and vocal works created by the most outstanding composers. Music for animation is recorded by the best orchestras and outstanding soloists, both on the classical and musical scenes, as well as on the entertainment scene.

Krakow for the Film Music Gala: Animations were hosted such giants of music for animation as John Powell and Harry Gregson-Williams. Both composers were once members of Hans Zimmer’s prestigious Remote Control Productions and often collaborate with each other, resulting in soundtracks to films such as Shrek, Running Chickens or AntZ. The music for all three films was played during the concert. The Transmission will also include music suites for both parts How to Train a Dragon and Ice Age 2: Thawing. Gregson-Williams will bring suites from such films as Sindbad: Legend of the Seven Seas and Arthur Christmas to Krakow.

A suite with music composed by a long-time friend of the Festival, Diego Navarro, for the animation Flying Adventure was also premiered in Krakow. Two FMF Young Talent Contest winners: Jan Sanejko and Matthijs Kieboom supported Navarro in their work on the soundtrack for Flight Adventure.