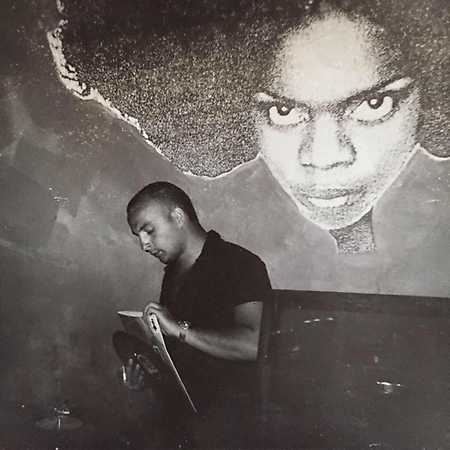 Filippo Moscatello’s career began in the picturesque city of Ulm, when the son of Italian guest workers decided to become a DJ after visiting a club in 1987. Later he began to organize his own parties, whereby the city council was not too amused about his activities.

At one of these events Moscatello, being responsible for the booking, met Munich-based DJ Hell. A deep friendship between the two artists began. Meanwhile Moscatello, who also performs under the name DJ Naughty, has become a resident of the renowned Munich club Ultraschall.

At the beginning of the nineties he began producing his own music after experimenting with his favorite tracks, a synthesizer and a mixer. When he bought a rhythm machine his production efforts got a more concrete form and were released on imprints such as Ferox, Hybrid or Proper.

When Moscatello produced the track Boing Bum Tschag together with Frenchman David Caretta, DJ Hell was thrilled, and so the track basically set the starting point for his label International Deejay Gigolo Records, which Moscatello has represented from the beginning.

Filippo founded the Decksharks Posse in Ulm, a group of international musicians, who also supported him in releasing his debut album Disco Volante, which was released in 2001. Not much later he moved to the capital of electronic music, Berlin, where he took a break at the beginning of the new century to find new creative power. From 2007 on he went back into the studio to work on new tracks.