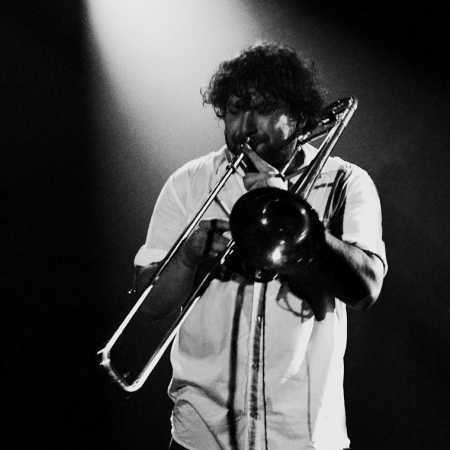 After a seven-year study of piano in MUSIC SCHOOL, he became a graduate at the Prague Conservatory and ACADEMY of PERFORMING ARTS in Prague in the trombone. During the last years at the Conservatory has accepted collaboration with j. and r. as a player and leader of the brass section, the horns that Splash on the Czech musical productions filmed a number of other CD other performers. Here he could apply his knowledge and interest in arranging and composition. In addition to J. A. R., he worked in formation, Sexy Dancers and, inter alia, in the Group accompanying the Jarka Nohavicu and laureate of Neřež. Passed the symphony orchestras as well as orchestras in Prague musicals (Dracula, the Hair, the Mission). With musical contribution to the music he composed Theatre Illustratosphere performances terrace and tales of common insanity by Petr Svojtky, and music to the film krátkometrážnímu under the directorial baton of Martin Fricassee tailor. is also the author of music to perform their second concert film directed by t. He is a three season in hell ". – Translated by Automatic service