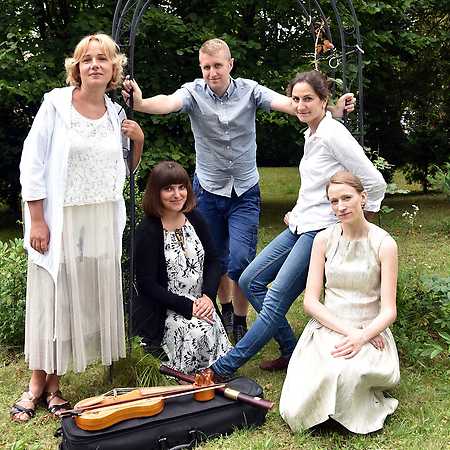 Filatura di musica is an ensemble specialising in historical performance. Its name combines industrial, textile traditions of the city of Łódź (Italian: filatura – spinning mill) with the art of music.  The musicians, most of whom are professionally connected with Łódź, are graduates of prestigious artistic universities in the world: Schola Cantorum Basiliensis, Koninklijk Conservatorium in the Hague, Musikhochschule in Trossingen, Conservatoire de Musique in Grenoble. The ensemble is one of the few ensembles in Europe performing music of the Renaissance and early Baroque in the typical high pitch of 466 Hz with the use of replicas of historical wind instruments. So far, the ensemble has performed at festivals such as: Forum Musicum in Wrocław, Barok na Spiszu, Culture of the Old Ages in Krosno, Festival of Organ and Chamber Music in Częstochowa, International Festival Barok na Mazury in Olecko. In 2019 he gave concerts at the National Philharmonic Hall, the Warmia and Mazury Philharmonic Hall and the Swietokrzyska Philharmonic Hall as the winner of the IMiT competition “Stage for Polish Music”, presenting a programme with Polish music of the 16th and 17th centuries. In December 2019, the RecArt publishing house released a new album of the ensemble, Canzony known and unknown, containing instrumental canzons from the Peplin Tabulature and compositions by Adam Jarzębski. In 2020, at the invitation of the Ignacy Paderewski Krosno Foundation, the ensemble recorded three concerts as part of the MKiDN programme “Culture on the Web”.