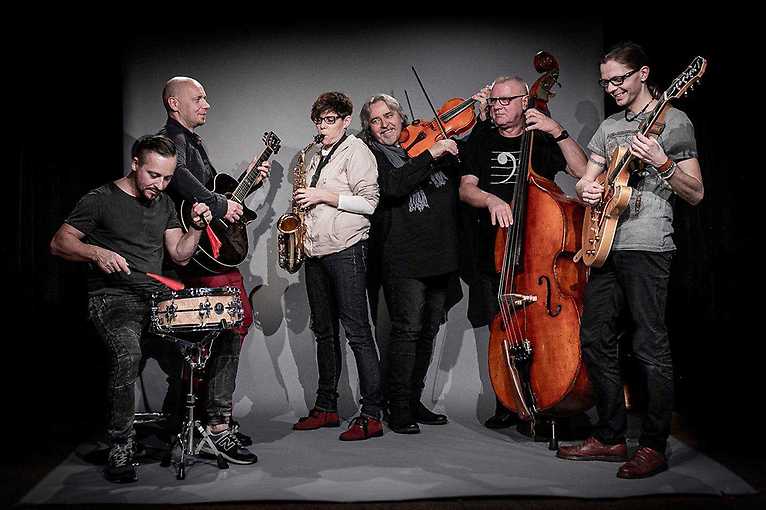 Concert of Fijałkowski Project. The group consists of experienced artists performing instrumental music from the borderland of jazz and blues-rock. All members of the group have worked with respected musicians both at home and abroad. The beginning of playing together was born in 2018 at the initiative of guitarist Łukasz Fijałkowski. Today, the group is active in concert, willing to perform on outdoor and club stages. One of their most interesting performances took place on the radio. And all this in the framework of an open-air programme of the Polish Radio entitled. It was all part of an open-air Polish Radio programme entitled Dwójka na miejscu – Znaki Niepodległej, broadcast from Toruń's Old Town. Practically opposite Artus Court. In March the group will play at The Great Hall with the audience, promoting their full-length album, which is scheduled for release on 21 March. Among the songs played at the concert will be compositions in a fusion style, inspired by unusual places on the map of Toruń.