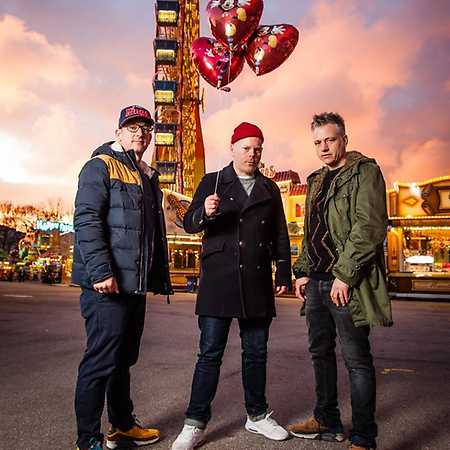 Fettes Brot are a German hip hop group that formed in 1992. “Fettes Brot” means “fat bread” in German. “Fett” is a German slang term for “excellent” and “brot” is slang for “hash”. The band took the name from a fan who called them “Fettes Brot” after an early gig, which was probably meant as a compliment, but the members considered it so bizarre that they took it as the name for their new group. Fettes Brot’s longevity has meant that they are sometimes referred to as “Hamburg's hip-hop-dinosaurs” by the group members.