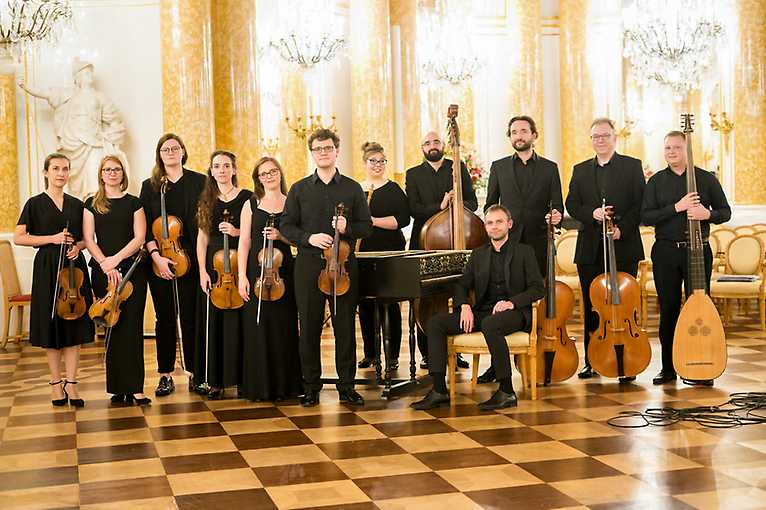 The inaugural premiere of this year’s Baroque Festival by the Polish Royal Opera.

It should come as no surprise to anyone that Aaron Hill, director of the Queen’s Theatre in London, wishing to introduce an Italian opera to the English repertoire, chose as the theme for the first premiere an episode from the famous Jerusalem Delivered. Torquata Tassa’s brilliant epic combines historical themes (the action takes place during the First Crusade), Christian ethos and the world of magic. The thrilling love raptures and interestingly constructed characters in this context make the text an excellent basis for musical drama.

The libretto for Rinaldo, an opera commissioned from a young but already established composer who had just arrived in the Islands, was written by Giacomo Rossi on the basis of a script by Aaron Hill. According to his account, it took Haendel just two weeks to compose the score. Numerous borrowings from his own earlier works did not affect the quality of the new opera in the slightest. The first performances took place in 1711 and were enthusiastically received by the audience. After twenty years of staging the work, which was constantly revised by the composer himself, the opera disappeared from the stage for almost 200 years. Rediscovered in the 20th century, today it is counted among Handel’s most perfect works of the genre – it continues to inspire successive generations of artists and music lovers. With the premiere of the opera Rinaldo, the Polish Royal Opera will open the Baroque Festival, which will last until 23 October. The autumn evenings will be filled with well-known and appreciated interpretations of operas by old masters.

One hour before the performance, and for one hour after it ends, the audience can use the meleks that run between the Royal Theatre and the Łazienki Park gate at the corner of Myśliwiecka/Agrykola Street.