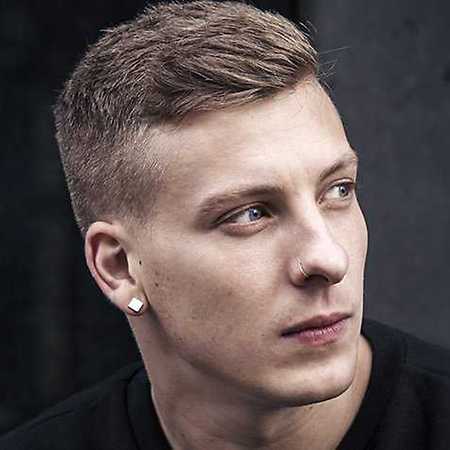 Felix Manuel Lobrecht is a German stand-up comedian and author. He first gained notoriety through his participation in various poetry slams and, since 2015, as a stand-up comedian. Since 2017 he is only a comedian and no longer poetry slammer in Germany, Austria and Switzerland. On stage, he usually tells absurd everyday stories, which he adorns with intentionally bad puns and longer breaks. Mostly a Berlin dialect resonates.

His first book 10 Minuten? Dit sind ja 20 Mark!, which he wrote together with Malte Rosskopf, was published in October 2015 by satyr Verlag. Sonne und Beton, his second book, was published on March 10, 2017 by Ullstein Verlag. Here he tells stories and anecdotes from his childhood or youth and growing up in Berlin-Neukölln and Gropiusstadt.

His first live tour was titled kenn ick. Currently he is with the program hype on the go and incidentally also for/at other comedy events such as the 1Live Hörsaalcomedy or in the TV show Nuhr ab 18 of Dieter Nuhr.

Since September 2017, Felix Lobrecht and Tommi Schmitt have jointly released the podcast Gemischtes Hack, on Spotify and SoundCloud.