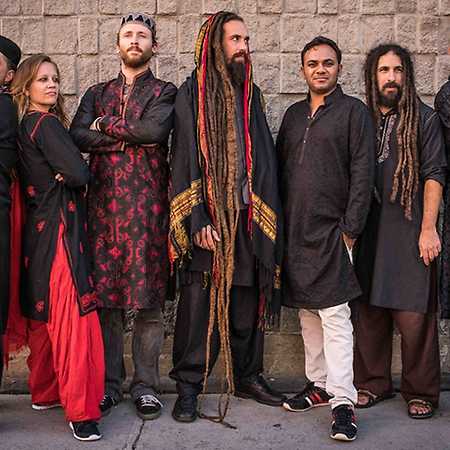 Fanna-Fi-Allah play traditional Sufi Qawwali music, with the blessings of their teachers; some of the greatest masters of the qawwali form in India and Pakistan. The group’s founding members have spent over 20 years learning this classical art, which celebrates the great Sufi mystics of old and relishes in the love of the Divine through poetry.
Fanna-Fi-Allah played qawwali in its traditional setting at the honoured tombs of sufi saints in Pakistan and India, where qawwali originates. During their 17 years of world-wide touring, they have offered audiences a unique glimpse into this rich and vibrant culture; playing at many international festivals and concerts in major cities. They have enthralled audiences in the USA, Canada, Pakistan, Europe, Indonesia, India, Egypt and others with their dynamic skill and passionate musical precision. With ten albums already published, Fanna-Fi-Allah now offer an even deeper glimpse into this Sufi world of Pakistan with the production of their new documentary called Music of the Mystics.