Falk Struckmann is perceived as one of the most important singers of our time. Born in Heilbronn, his way led him from Kiel over Basel to all significant opera houses and festivals of the world. In 1993, he had his debut at the Bayreuth Festival as Kurwenal under the musical direction of Daniel Barenboim. In the following years, the State Opera Unter den Linden became the center of his work.

he became chamber singer at the Berlin and Vienna State Opera and sang at the Bayreuth Festival in Der Ring des Nibelungen, Parsifal and at the Salzburg Festival in Tristan and Isolde and Duke Bluebeard’s Castle. Stuckmann has been performing at the State Opera Hamburg, the Bavarian State Opera Munich, the Vienna State Opera, the Teatro alla Scala in Milan, the De Nationale Opera in Amsterdam and the Metropolitan Opera in New York among others. Stuckmann workes with nearly all important conductors and directors of our time, and he is repeatedly performing at the most famous concert stages of the world.

Almost all of his roles – some of them multiple times – are recorded on CD or DVD. 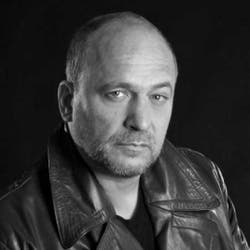 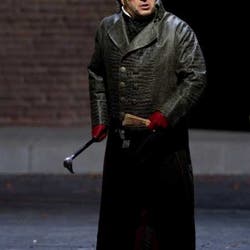