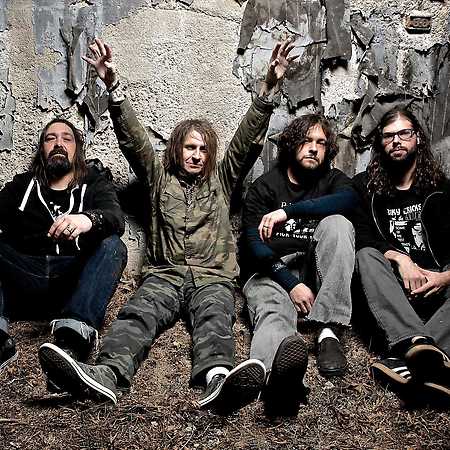 Eyehategod  Take As Needed For Pain

Eyehategod is an American sludge/doom metal band, founded in 1988. Widely recognized as one of the most important representatives of the New Orleans scene (the so-called NOLA). Their inspiration was The Melvins, The Obsessed, Black Flag and Black Sabbath, but they developed a very characteristic sound, based on slow tempo, heavy guitars, slightly blues riffs and screaming vocals. Their music serves as a synonym for rage, evil, hatred, disappointment and aversion to the world and people. They released their first album In The Name Of Suffering via Intellectual Convulsion in 1990, three years later followed by Take As Needed For Pain via Century Media, with who they work together since then.