Epica is a symphonic metal band from the Netherlands founded in 2002. Epica emerged from the band Sahara Dust, which was founded in 2002 by Mark Jansen (grunts, guitar) together with Helena Iren Michaelsen (vocals), Ad Sluijter (guitar), Coen Janssen (keyboard) and Iwan Hendrikx (drums). After Helena Iren Michaelsen and Iwan Hendrikx left the band in late 2002, Simone Simons (vocals) and Jeroen Simons (drums) joined them. As fans of the band Kamelot, they renamed the band after their album Epica. In 2006 Jeroen Simons left the band to devote himself to other musical projects. He was replaced by Ariën van Weesenbeek (God Dethroned). In 2003 Epica released their debut album The Phantom Agony, other releases by the band include albums such as Consign To Oblivion (2005), Requiem For The Indifferent (2012) or The Holographic Principle (2016). 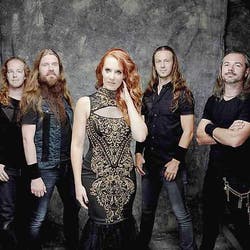 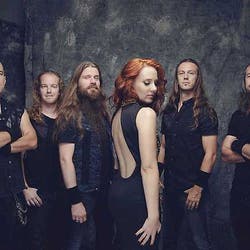 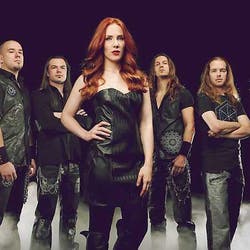 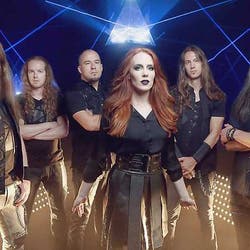