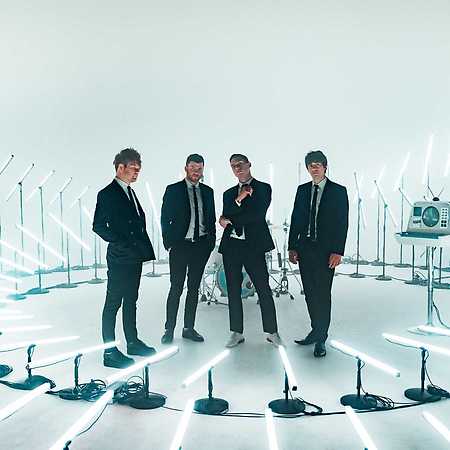 Enter Shikari is a British post-hardcore band from St Albans, England. The band describes their style as a trancecore. Hardcore dominates in their music, the synthesizer usually fills the bridges and is used for creating the melody. Since the album Common Dreads, dubstep elements can also often be found in the songs. The vocals are, as is usual in hardcore, clear or shouted or screamed, in addition, many elements of the vocals can be found in the clean parts (the clearly sung parts). The lyrics are often politically motivated and socially critical.