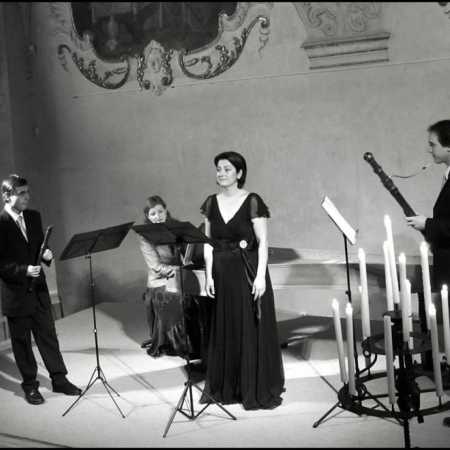 Ensemble Mathesius is an ensemble of young performers devoted to the practice and performance of early music. The ensemble was founded in 2016 under the name Ensemble Sporck by the musician and music historian Lukáš M. Vytlačil and builds on the activities of the Ensemble Sporck. Its aim is to reconstruct the music of earlier stylistic epochs in unique programmes, and to bring back some of the freshness and modernity it possessed at the time of its origin. Active research has therefore been an important facet of the work. The cast of performers is dependent on the programme presented, which can include compositions from Renaissance polyphony to late baroque. The name of the ensemble refers to one of the important theologians of Renaissance Bohemia, Johannes Mathesius. The ensemble has performed in many concert halls in the Czech Republic and at festivals, such as the Ludwigsluster Schlosskonzerte or Theatrum Kuks.