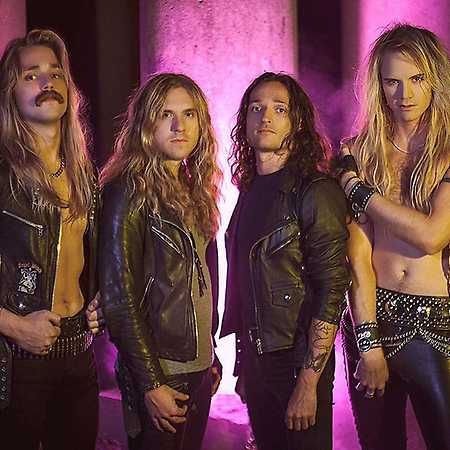 Enforcer  Die For The Devil

Enforcer is a Heavy Metal band formed in 2004 in Arvika, Sweden.
They play and perform in a style very similar to older Speed Metal bands like Agent Steel, Exciter and Anvil.
Enforcer is also considered as a part of the ‘New Wave Of Traditional Heavy Metal’ (NWOTHM) an ongoing movement that in recent years has seen the return of traditional sounding Metal bands. They released their first album Into the Night in November 2008 and their fifth album Zenith was released in 2019.