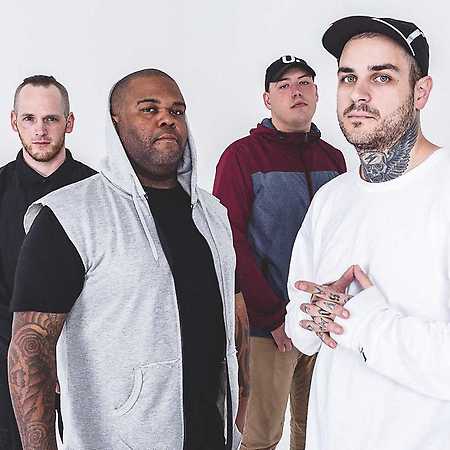 A charismatic frontman is an important figure in any band. If, in addition, he arouses controversy, and the word “compromise” does not exist in his vocabulary, the band will surely be in the limelight. This was the case of New Fairfield, Connecticut-based deathcore band Emmure, led by vocalist Frankie Palmeri. The band was formed in 2003. Personal turmoil became an inseparable part of Emmure’s history. It even came to the point that in 2015 all of Palmeri’s colleagues who had worked with him at that time said goodbye. Despite numerous line-up changes, the band regularly released albums and toured around the world. Musically, Emmure is deathcore, metalcore, alternative metal. Frankie does not hide that his idols are Fred Durst and Jonathan Davis, and inspiration for lyrics are Marvel universe, philosophy and religion. 2012-2014 saw the release of Slave To The Game and Eternal Enemies, both of which reached the Top 60 of Billboard’s Top 200.