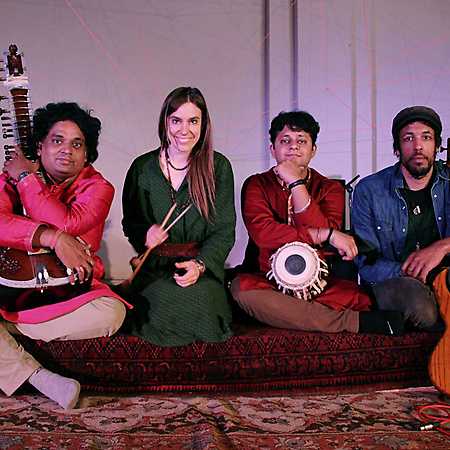 Embryo is a musical collective from Munich which has been active since 1969. It was one of the most important German jazz-rock bands during the 1970s and has also been described as "the most eclectic of the Krautrock bands. The band was founded by multi instrumentalist Christian Burchard (drums, vibraphone, santur, keyboard) and Edgar Hofmann (saxophone, flutes). To date more than 400 musicians have played with the collective, such as Charlie Mariano, Trilok Gurtu, Ramesh Shotham and many more.
Since 2016 Marja Burchard, daughter of Christian Burchard, who grew up with the band, is leading Embryo.