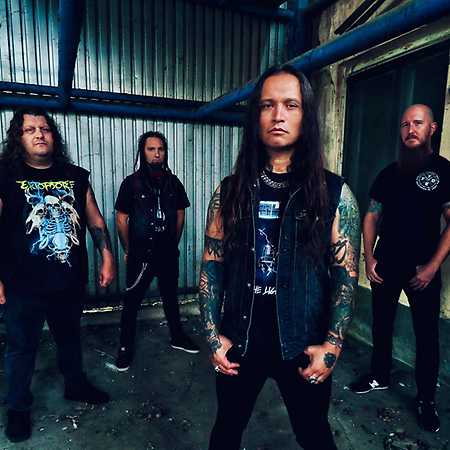 The band was founded in 1993 by Zoltan Farkas, who is the only musician from the original line-up and the leader of Ektomorf. In love with Sepultura, Soulfly and hardcore music, he decided to create a band that would play a mixture of these styles. Fortunately, he was able to find musicians in his hometown. Zoltan’s persistence paid off. In 2004 the band managed to sign a contract with the massive metal label Nuclear Blast, followed by another renowned publisher, the German AFM Records. This period saw the release of highly acclaimed Ektomorph albums, such as Destroy, Outcast, Redemption, and Retribution. Since 2019, Zoltan is supported by Simon Szebasztián (guitar), Csaba Zahorán (bass guitar) and Kálmán Oláh (drums). This lineup recorded the album Reborn, released in 2020.