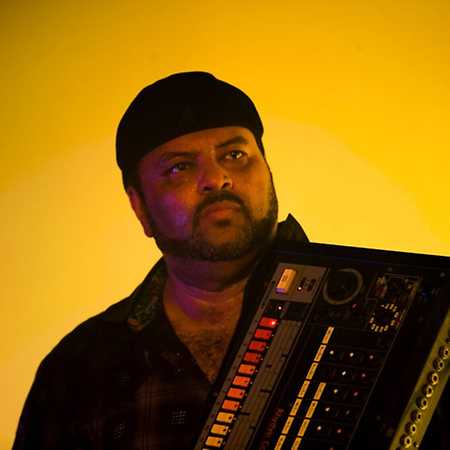 The Egyptian Lover is a US-American hip-hop producer, DJ and rapper making hybrid electro and hip-hop music, and is seen as one of the most important representatives of this form of West Coat hip-hop.

He began his musical career in 1983 in Los Angeles with his debut single Egypt, Egypt, which became an underground club hit. He reached further success with his tracks And My Beat Goes Boom and What Is a DJ If He Can’t Scratch. Egyptian Lover’s albums were less successful: only 1984’s On The Nile reached commercial acclaim.