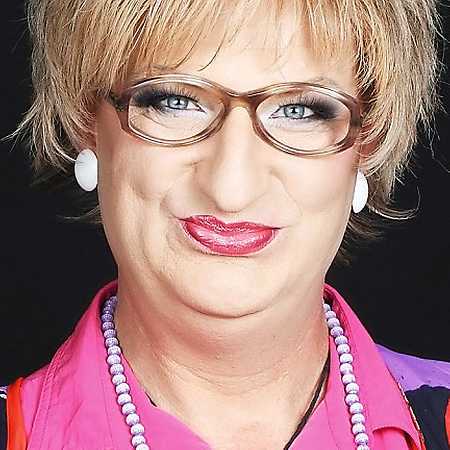 Edith Schröder is an alias of the German drag artist Ades Zabel. He invented his most important figure more than 30 years ago, and has been a fixed constant of Berlin’s cabaret and drag scene since the 1980s. Sometimes he performs solo, sometimes together with the comedy group Die Teufelsberger.

On the 2nd June 2010 the trashical Edith Schröder: Made in Neukölln had its premiere at BKA Theater and was played frequently until September 2010. In the 2012-released film Männer zum Knutschen, Edith Schröder plays the main role as well.