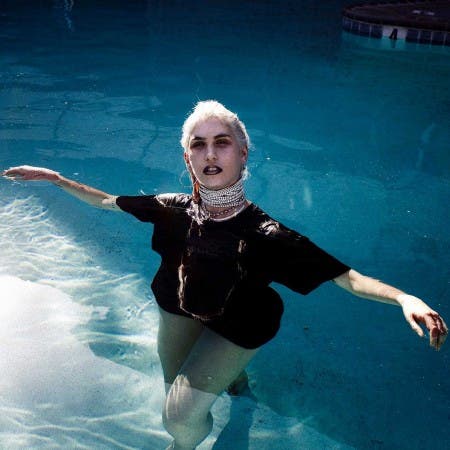 Alexandra Drewchin is an American musician, performance artist and visual artist. She is currently based in Queens, New York and actively performs in the band Guardian Alien and has been performing solo under the name Eartheater since 2009. Her music has been released on Thrill Jockey and Hausu Mountain. The central themes of her new album IRISIRI, released on PAN, are excessiveness, wastefulness and the experience of abundance. The album’s aesthetics differ majorly from its predecessors.