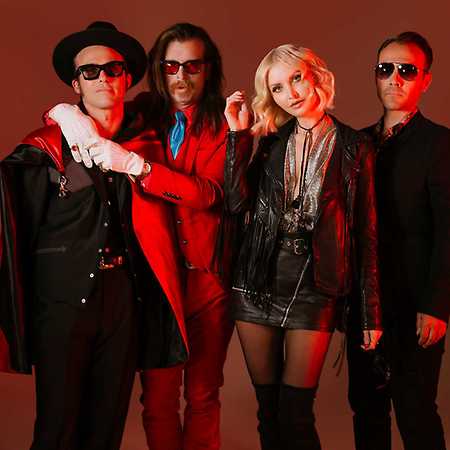 Eagles of Death Metal  Wanna Be In LA

About Eagles of Death Metal

Eagles of Death Metal is an American rock band from Palm Desert, California, formed in 1998. Founded by Jesse Hughes (vocals, guitar) and Josh Homme (drums), the band also includes a wide range of other musicians that perform both on the band’s studio albums and at live shows. Hughes and Homme are the only permanent members of the band, with Homme rarely performing at live shows due to commitment to his other band, Queens of the Stone Age. The band’s current touring line-up includes Hughes alongside Dave Catching (guitar), Eden Galindo (guitar), Jennie Vee (bass) and Jorma Vik (drums).

Despite their name, Eagles of Death Metal are not a death metal band, and the name is intended to be humorous. In a 2003 interview, Homme described the sound of the band as a combination of "bluegrass slide guitar mixed with stripper drum beats and Canned Heat vocals." Hughes is known for his enthusiastic interaction with audiences at live performances.