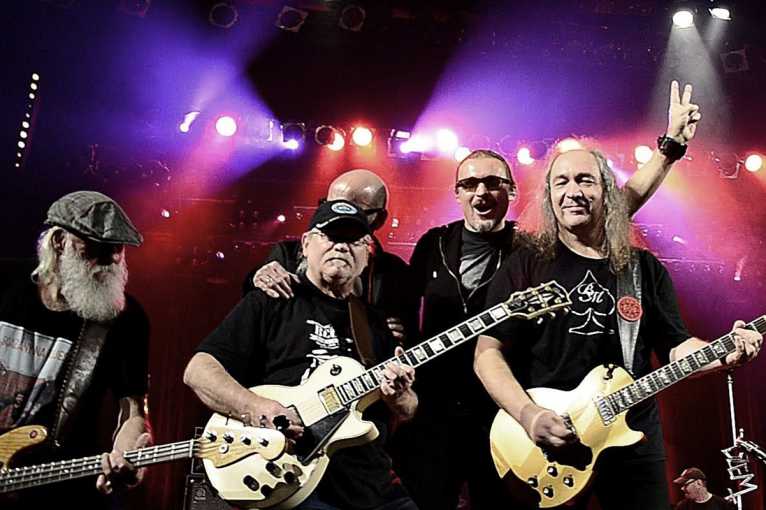 Dżem is a cult Polish rock band that has become a legend permanently inscribed in the genre’s classic. The group was founded in 1973 and already at that time their unique musical style was balancing on the border of ballad rock and blues. Dżem debuted in 1980 during the Jarocin Festival, when the whole of Poland fell in love with the voice of Ryszard Riedel. In the second half of the 1980s, Ryszard Riedel gradually moved away from the band, so in 1986 and 1987 the group toured with Tadeusz Nalepa and in 1988 they released the album Numero Uno together with Nalepa. The canon of Polish rock music includes many records and hits of Dżem: _red like a brick, Dream of Victoria, sentenced to blues, Time Machine, Whiskey, Letter to M. Cała in the grass, To the cradle and many, many others. After the death of the charismatic singer Ryś Riedel (July 1994), the band gained the status of a legend, joining the pedestal of Polish rock formations. The current line-up of Dżem is Adam Otręba, Beno Otręba, Jurek Styczyński, who has been playing from the beginning, and the soloist Maciek Balcar, Zbyszek Szczerbiński, Janusz Borucki and the spirit of Rysiek Riedl, who is ubiquitous at the concert.