Dylan William Moran is an Irish comedian, writer, actor, filmmaker and artist. He is best known for his observational comedy, the television sitcom Black Books (which he starred in and co-wrote) and his work with Simon Pegg in Shaun of the Dead and Run Fatboy Run. He appeared as one of the two lead characters in the Irish black comedy titled A Film with Me in It in 2008.

Moran's most recent film is Calvary, an Irish black comedy drama film written and directed by John Michael McDonagh. Moran is a regular performer at national and international comedy festivals including the Edinburgh Festival Fringe, Just for Laughs Montreal Comedy Festival, the Melbourne International Comedy Festival and the Kilkenny Comedy Festival. In 2007, Moran was voted the 17th greatest stand-up comic on Channel 4's 100 Greatest Stand-Ups and again in the updated 2010 list as the 14th greatest stand-up comic. 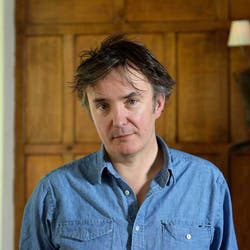 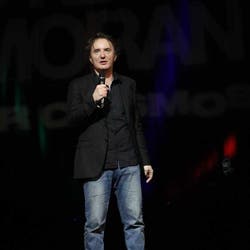 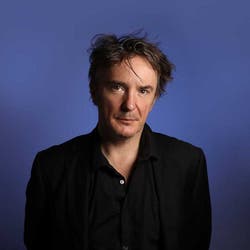