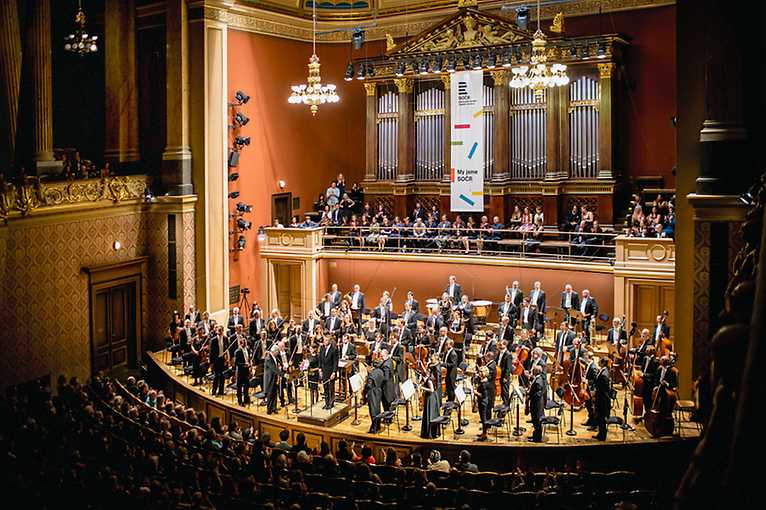 Again with this concert, we are carrying out our long-term plans for familiarising audiences with Dvořák’s less frequently played works within the framework of the Dvořák Collection series. The composer’s early Concerto for Cello and Piano in A Major will be heard in a later orchestral arrangement by the leading expert on Dvořák’s music Jarmil Burghauser. The soloist will be the successful young Czech cellist Tomáš Jamník, who has long been proponent of incorporating this concerto into the standard solo cello repertoire. The programme will include a work that is extraordinarily popular with audiences by Dvořák’s pupil and son-in-law Josef Suk, the suite from incidental music to Zeyer’s dramatic fairytale Radúz and Mahulena, and Brahms’s equally popular Tragic Overture. The Prague Radio Symphony Orchestra will perform under the baton of the British conductor James Judd.