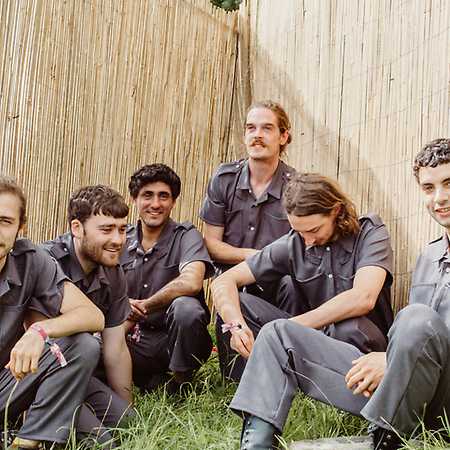 Duds formed in Manchester during 2015 with a post-punk revival sound that drew inspiration from bands like Fire Engines, A Certain Ratio, and Devo. After getting their feet wet on-stage playing shows around the U.K., they released a three-song EP titled NLP that flew by in a lo-fi rush of jittery guitars, skittering drums, and disjointed vocals. They returned in March with another EP, Unfit for Work, before striking a deal with Maternal Voice, a label split between Stockholm and Manchester, to release a single. The four-song Wet Reduction was issued in late 2016 and featured much improved sound. The band continued to play shows at a steady pace, with a highlight being two nights opening for Omni. Their music caught the ear of Castle Face Records and Duds hooked up with the label to release their first full-length album. Titled Of a Nature or Degree, the record was produced by the band and Patrick Crane of Sex Hands, and came out in September of 2017.