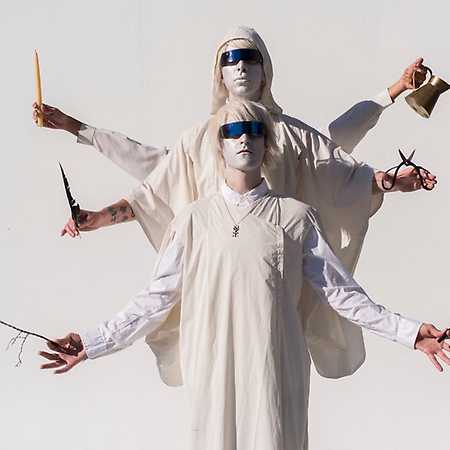 Drab Majesty is a Los Angeles-based project consisting of musician Deb Demure (Andrew Clinco) and keyboardist and vocalist Mona D (Alex Nicolaou). Demure founded the duo in 2011 while still working as the drummer for the band Marriages. Their first record was the 2012 EP Unarian Dances, first self-released and then re-released in 2014 on Lolipop Records. Since signing to Dais Records, Drab Majesty has released two albums - Careless (2015) and The Demonstration (2017).