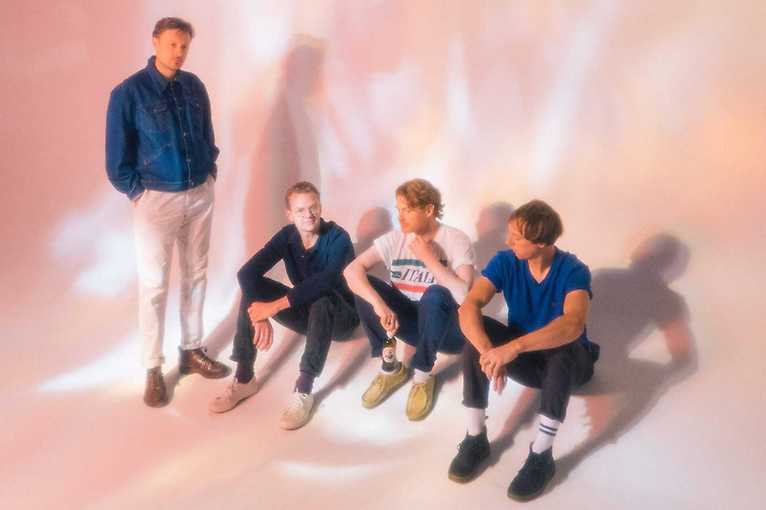 *Legendary group will come to Warsaw as a promotion of their new album, “Glowing in the Dark”.

Django Django, British masters of breaking musical boundaries, having no regard for genre categorization, are coming back to Poland to perform live material from their latest, well-received album Glowing in the Dark. During the concert, the band will also perform their biggest hits, including Default, Found You and Life’s a Beach.

Django Django became famous already in 2012, when with their debut, simply entitled Django Django, enchanted the whole musical world. Fans of guitar-based indie rock as well as lovers of synth sounds fell in love with them. It is this musical eclecticism and unconventionality that has always been Django Django’s trademark. Almost a decade of activity of the London band resulted in four great albums, an impressive number of hit songs eagerly used by the creators of computer games or films and performances at the world’s largest festivals.

This unquestionable success has not changed the band’s approach to creating new music, which still surprises with the diversity of influences. Released in February this year, the album Glowing in the Dark seems to be the opening of another exciting period in the history of Django Django. By the quartet’s own admission, this album cannot be compared to any previous release from the quartet and will be a whole new experience for fans when taken live.

Django Django  The World Will Turn