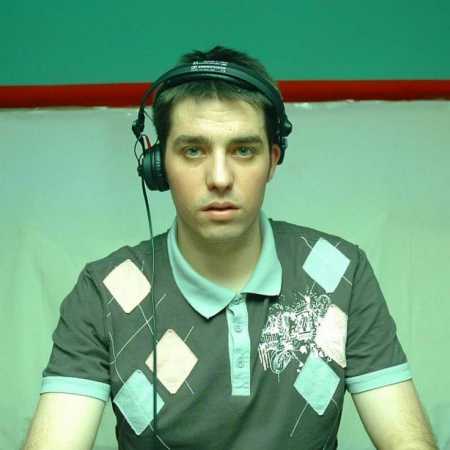 Energetic, full of funk progressive electro sound, straight and broken beats. Thats how one could describe DJ Yannicks sets. His early days behind the turntables date back to 1998, when he started looking for his sound and inside his DJ bag were mostly plates coming from house, tech-house and techno labels. His present sets are strongly influenced by these beginnings, when he used to focus exclusively on party audience.

Breakbeat eventually turned out to be the only area that provided him with wide enough spectra of possibilities. Today his music even includes calm sets with cool parts, interesting offbeats and vocals. He tailors his plates' selection to fit the place and the audience he is playing for. In reference to the launch of digitalization Yannick keeps turning back to the basics and has started plying rather straight electro, acid sets spiced up by progressive breakbeat. At the top of his list are sets that last for couple of hours giving him enough space to run through all his favorite styles.

Yet he does not avoid purely breakbeat sets, but that depends on the specific event. You can see and hear him not only in numerous Prague based clubs such as Roxy, Le Mirage, XT3, Akropolis, Swamp, Cross, Bukanýr or Chateu, but also in clubs in other cities like Liberec, Tábor, Turnov, Jablonec od Brno. Last year he happened to be resident of regular night in Teplice based club Comix but also starred at popular party Breaksome as well as at 13th birthday of one of Prague top clubs Roxy. Summer usually sends him all over the place as he plays at various open-air events such as Shotgun festival, which is his most favorite one. Quite recently he was guest of a live show Air Sofa and Shadowbox, both being broadcasted at Radio 1. He has already played with DJs Tayo, Lee Buridge, Nathan Coles, Raul Rincon, Rennie Pilgrem or Freestylers.

Since October 2005 he is the host of weekly show at Radio Akropolis called Partypeople.cz on air. If you want to hear him, tune in any Friday between 1pm and 3pm and let yourself sink in two hours long cockatail of party info mix spiced up by interesting guests (DJs, bands, varius projects, performers) and naturally fresh music selection. Since January 2006 Yannick runs his resident night Breakpoint in Prague based club Chateau Rouge (interview fot techno.cz http://www.techno.cz/party/37174/?open=17464…cl17464) and in Tabor based club RedBar. In March 2006 he released his Mix Demo called Dark and Long (double CD) as an supplement to XMAG magazine.