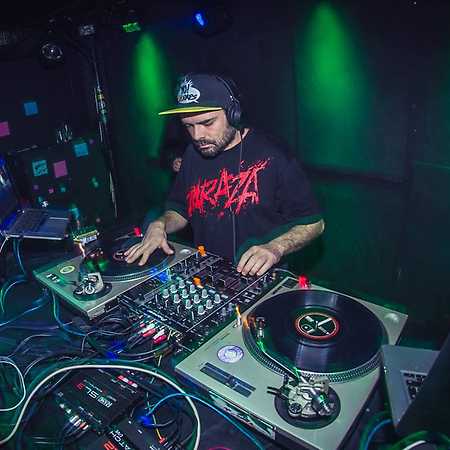 DJ Def is a Polish DJ and turntablist, at first he presented mainly black hip-hop sounds, with time in his sets started to include such genres as funk, breaks, then breakbeat, baltimore, electro, bassline, drum’n’bass, dubstep and many other kinds of music that came with the passage of time. For many years he worked with the Warsaw band THS Klika, with whom he recorded three albums: _Liryka Chodnika, Długopis Kartka and _For the District of Music, where he contributed as a DJ and producer. In 2008 his beats and scratches could be heard on his solo album of Suja Ulica Nadaje and on the album 2cztery7 Spaleni Innym Słońcem, and in 2009 on THS Klika’s second album Długopis Kartka. Currently he performs as a DJ during concerts with the Warsaw group Parias, as well as with Pono and Fu (Z.I.P Skład / Zipera) during concerts and sound systems.