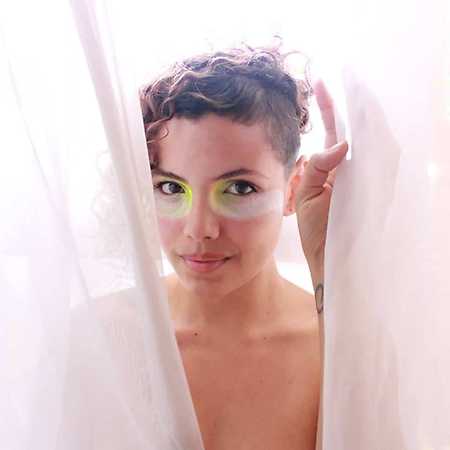 Ágatha Barbosa (a.k.a. Cigarra) is a DJ, producer and label manager. She is originally from São Paulo and her early involvement in the underground and effervescent scene of its parties and festivals made her be part of the original formation of the renowned Voodoohop. She is also co-producer of the Roda de Sample Project, a live and experimental „sample jam“.
For a decade she’s been exploring unique sets and has created her own sound cocoon from these experiences. In 2016, she released the EP Límbica, and in 2018 Ato by Tropical Twista Records. At this label she is also the director of the exponents of the female compilation Hystereofônica, which has two volumes and more than 60 women involve. It became an independent label with a monthly program on Radio Quântica at Lisbon.