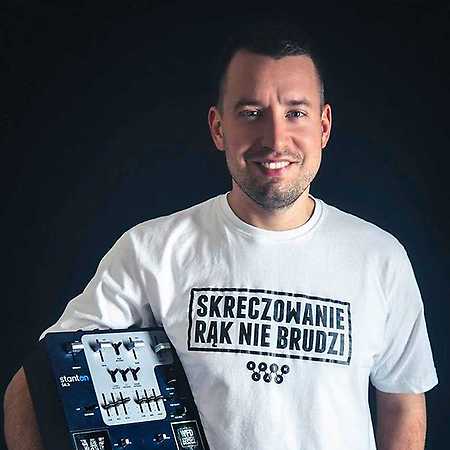 Party rocker, promoter and one of the organizers of the Rap History Warsaw series. Journalist of Warsaw Radio Kampus – together with Michał “Proceente” Kosiorowski he hosts Thursday’s programme “Hip Hop Kampus”. He has a number of mixtapes to his credit. In 2012, together with Proceente, he published an illegal Dzień z życia mistrza ceremonii, who took care of the selection of beats. His cutes can also be heard on music projects: Mały Esz, Łysony Dżonson, Jan OMP, Kfiat z Siły Dzwięq, Mi-Li and Musi. Since 2010 he has regularly conducted DJ workshops: initially at the Ochota Culture Centre, the Robert Schuman Non-Public Middle School No. 9 and the Step Dealers Street Culture Studio in Wola. Currently, he cooperates on a permanent basis with the Warsztatyhiphop.pl team, spreading hip-hop culture and DJ-ski know-how throughout Poland.