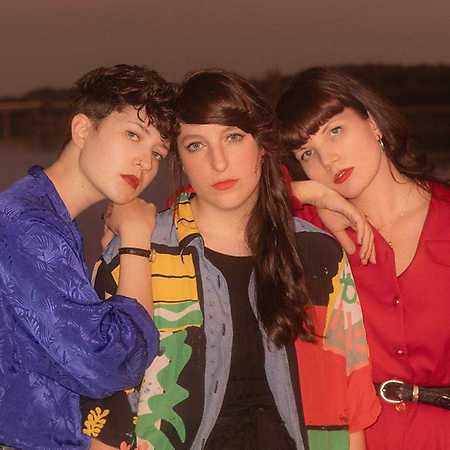 DIVES was formed in February of 2016 after Dora De Goederen, Tamara Leichtfried and Viktoria Kirner met at the Austrian Girls Rock Camp. The Viennese underground scene was immediately taken by their surf-ish sound. In spring 2017 they recorded their self-titled mini album with Austrian musician and producer Wolfgang Möstl. This gem was released on Siluh Records in fall 2017 and included six songs. DIVES already toured throughout Austria, Germany and the Czech Republic, played with artists such as L.A. Witch. The trio opened the Popfest Wien in July 2018 and performed at the renowned festivals c/o Pop, Pokultur Berlin, Reeperbahn Festival and Waves Vienna in fall 2018. DIVES have been awarded the 2nd XA – Music Export Award at Waves Vienna 2018 and became one of the “Focus Acts 2019”.