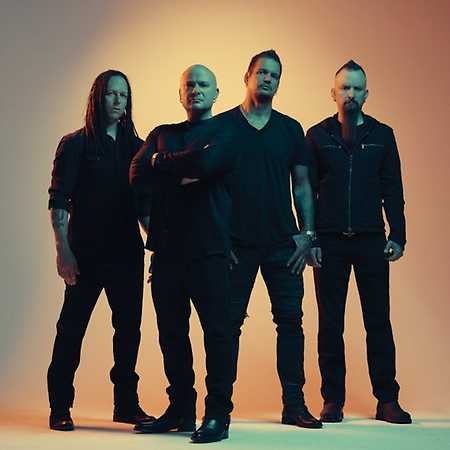 Disturbed  A Reason To Fight

Disturbed are an American heavy metal band from Chicago, Illinois, formed in 1994. The band includes vocalist David Draiman, bassist John Moyer, guitarist/keyboardist Dan Donegan, and drummer Mike Wengren. Former band members are vocalist Erich Awalt and bassist Steve Kmak. The band has released seven studio albums, five of which have consecutively debuted at number one on the Billboard 200. Disturbed went into hiatus in October 2011, during which the band’s members focused on various side projects, and returned in June 2015, releasing their first album in four years, Immortalized, on August 21, 2015. They also recorded and released one live album, Disturbed: Live at Red Rocks on November 18, 2016, which was recorded on August 18, 2016 at Red Rocks Amphitheater in Morrison, Colorado, located about 10 miles west of Denver, Colorado. Their seventh studio album, Evolution, was released on October 19, 2018.