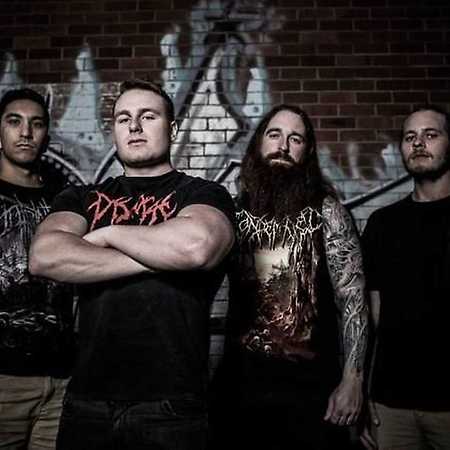 Disentomb is an Australian death metal band founded in 2009 by drummer Henri Sison, guitarist Jake Wilkes and singer Jord Philp.
Through a demo consisting of two songs, the band got a record deal with the Japanese label Amputated Vein Records even before they played their first live-show. Their debut album Sunken Chambers of Nephilim appeared on the same label in 2010. This was followed by further releases such as Misery (2014) and Decaying Light (2019).