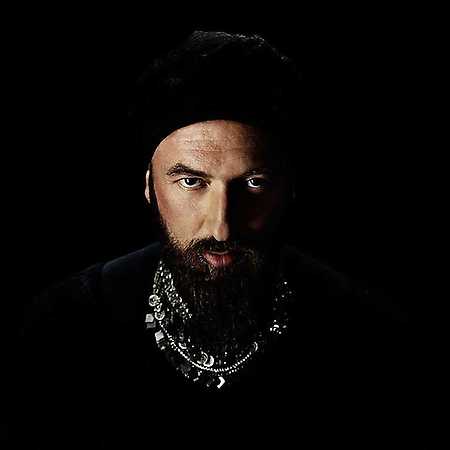 DJ and passionate about music through the big “P”. On stage with breaks since 1995. He put his first musical steps on the uneasy ground of psychedelic trance as well as goa trance. A breakthrough moment was one of the Love Zone editions, organized in the Krakow Krzysztoforyach by father of psy-trance in Poland, Tomek Roehr (dj Dreedy). After this very event, which coincided with his name-day, he knew perfectly well what he would do with his future. In London he buys the first vinyl records from iconic studios, such as Spirit Zone, Matsuri, TIP, Transient. Together with a group of friends, he begins to co-create events. With time, he gathers a group of fans of the genre around him, but that’s not enough for him. He begins to notice other genres of music. His collection includes productions by Dave Clark, Carl Cox, Thomas Shumacher, and his sets are enriched with additional sounds. In the south of the club’s map of Poland, Techno Planet / Happy Planet appears. The situation is rapidly developing, and techno music takes on a new face and brings together many fans. Discox becomes a resident at the Happy Planet club. It is here that he polishes his skills in the profession he chose. He stands many times before several thousand people at parties that have already been invited Westbama, Marushe, Pascal F.E.O.S., DJ Disko and many others. Thanks to the cycle “Reconciliation,” he has the opportunity to meet Chris da Break, Alan White and Angelo Mike. The year 1998 is a further evolution, and the next genre to know is house, which turned out to be his greatest musical love. The breakthrough is in 2003, when Discox enters the finals of the first edition of Nokia Dj’s Cup. A few months later, he has the opportunity to perform at the fourth edition of the cult world event, Mayday Poland – Troopa Of Tomorrow, hosting alongside such artists as Takkyu Ishino, Chris Liebing, Hell, Monika Kruse, Turntablerocker, and Paul Kalkbrenner. The next two years are Polish editions, one of the most atmospheric events, Soundtropolis, where he met artists such as Alexander Kowalski, Miss Yetti, Hardy Hard, Moguai, Lucca, and Secret Cinema. Since then, it’s not easy to name the places he visited and count the events he played on. Angelo Mike noticed his abilities, ambitions and a healthy and positive approach to things, giving him the opportunity to enter the structure of the Sentence Agency. Paradoxically, at the best time, there was a crisis that lasted quite a long time. Nevertheless, even this downtime had a positive effect. A long break (also in 2010, caused by health factors) caused a change in attitude, and also gave a new supply of strength and energy to the continuing life passion.