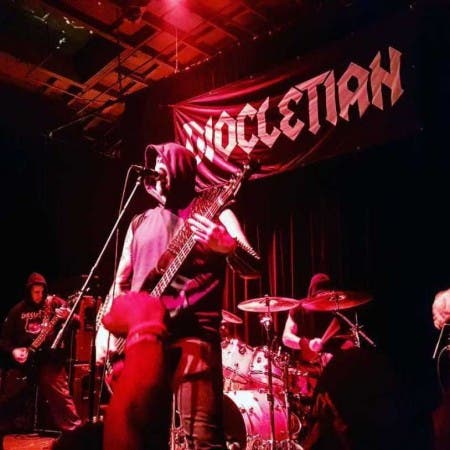 Diocletian is a New Zealander extreme metal band from Auckland. Formed in 2004, the band’s lineup before ceasing activity in 2015 featured Atrociter (guitar, vocals), L. Muir (guitar, vocals, bass), C. Sinclair (drums) and J. Baldwin (guitars). The band’s 2015 album, Gesundrian, was featured as number 15 on Pitchfork’s list of “The Best Metal Albums of 2014”. The band reactivated in 2016 in the lineup of Brendan Southwell, Impurath, Rigel Walshe and E.M.