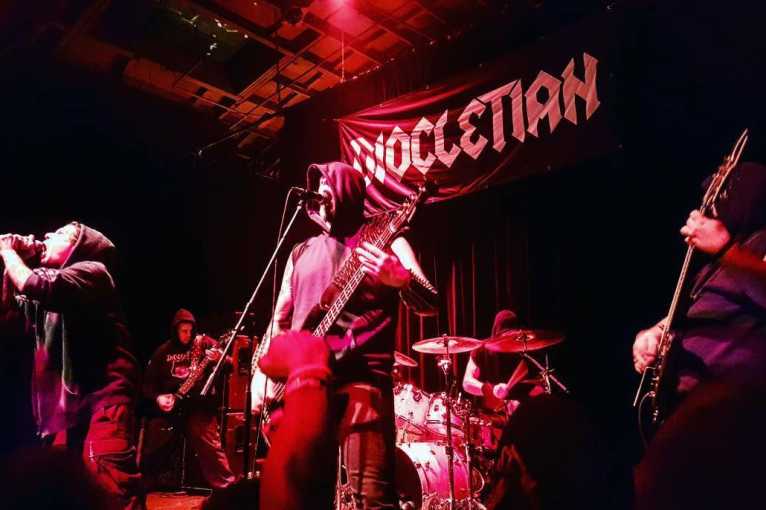 Diocletian at the only concert in Poland as part of the “Of Blade and Fire 2020” tour.

Diocletian is an extreme metal band from New Zealand from Auckland. Founded in 2004, the band, which ended in 2015, consisted of Atrociter (guitar, vocal), L. Muir (guitar, vocal, bass), C. Sinclair (drums) and J. Baldwin (guitars). The album Gesundrian from 2015 of the band appeared on the 15th place of Pitchfork’s list “The Best Metal Albums of 2014”. The band reactivated in 2016 with Brendan Southwell, Impurath, Rigel Walshe and E.M. Hate Them All, a Polish metal band with a very strong sound and message, which does not worry about its image, has nothing to prove and focuses on its music. Impure Declaration is a death-doom metal band from Poznan. They have recorded two albums - No Paths, No Guide from 2018 and Mind Upheaval, Unclear Signs from late 2019.