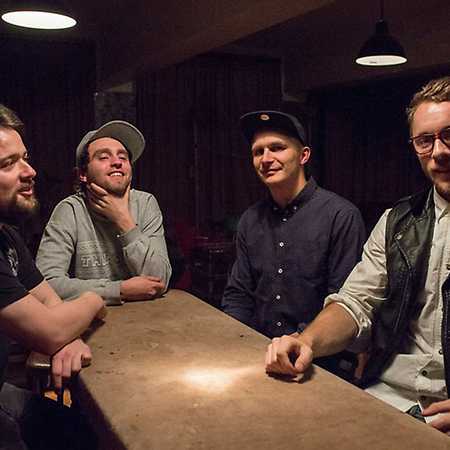 Dillalude is an Icelandic tribute project that highlights the music of legendary Hip-Hop producer J-Dilla a.k.a Jay-Dee a.k.a The Ummah who passed away from cardiac arrest after prolonged illness on February 10th 2006. J-Dilla was one of Hip-Hops greatest producers with a catalogue of tracks that is the legendary and prized by Hip-Hop fans worldwide. They’ve received extremely positive reaction to their live performances and their renditions of Dilla classics such as Pharcydes “Runnin” and Slum Villages “Fall in Love”. Dillalude is composed of Icelandic Hip-Hop dj Benni B-Ruff on decks and sampler along with drummer Magnús Tryggvason, Ari Bragi Kárason on synths, trumpet and effects and Steingrímur Teague on keys and synths.