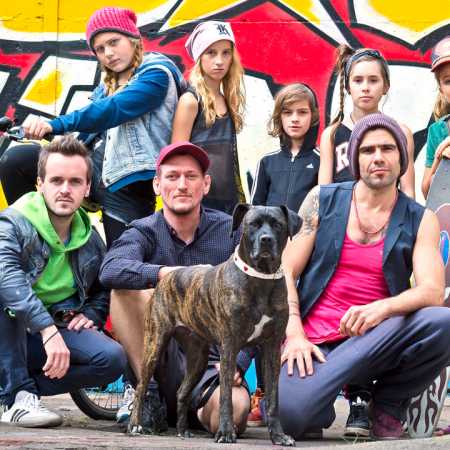 Ben Pavlidis, singer and lyricist of the Berlin band Ohrbooten, has been writing various children’s songs together with his little daughter for a few years now. Her childlike imagination is the result of many of the characters, themes and stories that have been transformed by the father directly into catchy songs. The album features them together with a whole horde of other children. Die Gäng was completed by the cooperation with Ohrbooten, Bummelkasten, Sissi Perlinger and Johnny Strange; the latter singing as Santa Claus. And a few radical gummy bears also speak out, rapping over the suppression of their endangered species. Die Gäng is basically cross-generational and the response to live concerts is enormous. Children and parents celebrate each other, there is a lot of laughter, raging and cheeky rumbles.