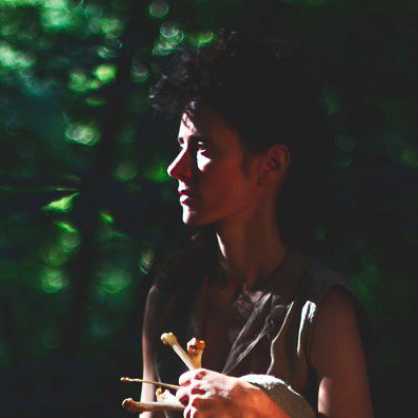 Diane Cluck  Easy To Be Around

Diane Cluck was during the boom of independent songwriters at the turn of the millennium rather inexplicably unnoticed in the background, even though it’s a much more famous colleagues always expressed almost to awe, and above all though was among the most original and powerful testimony. For Devendra Banhart, who ranked well in his compilation Golden Apples Of The Sun, was “the best songwriter in the whole New York” and “was lucky to live at the same time, as you can see her perform live.” Bianca Casady of CocoRosie, whose publishers have gone the Voodoo Eros Diana’s album Countless Times, her singing is “given to a country of endless possibilities”, “has made him goosebumps and tears wrecking it.” Antony Hegarty sees Diana as a “virtuoso talent with absolutely captivating mastery of her voice as a tool ecstatic.” That could go on for a while.

Tracks Diane are both freshly carved diamonds glittering in the dust still surrounding of matter – without unnecessary arrangements and additional pulírování, almost audibly emerging from silence and internal pressure. Singing, which magnetizes his casual playfulness, lightness and purity, is usually accompanied by covertly pulsating guitar, which in itself would not normally snapped a bigger piece of your attention not to be saying fascinating vocals. Offering a comparison to some muzikantkám hippie era such as Joni Mitchell, Diane Cluck but the music seems to be more personal and therefore a bit more isolated. Who do penetrate her, though, for it is not going back. – Translated by Automatic service