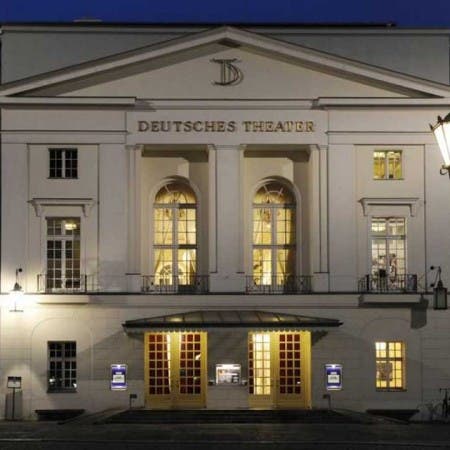 Das Deutsche Theater, translated German Theatre, in Berlin-Mitte, is one of the most renowned and important theatres within the German-speaking area. It was founded in 1849, and gives home to all in all three differently sized stages. Here you’ll see classics and modern classics by authors like Brecht, Gorki, Ibsen, Sartre, Shakespeare and Tschechow but also plays by temporary authors such as Lukas Bärfuss, Dea Loher, Thomas Melle, Ferninand Schmalz und Roland Schimmelpfenning. Yearly in June the theatre hosts a festival of temporary drama so called „Authorentheatertage“.