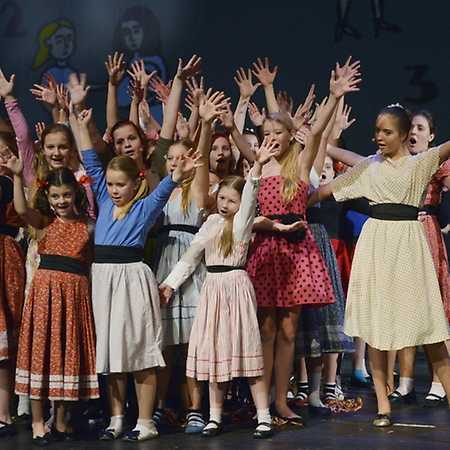 Children’s Opera Prague (DOP) is a set of children and young soloists studying singing. She founded it in 1999 on the grounds of his private music school soloist of the National Theatre and a professor of singing at the Prague Conservatory Jirina Markova-Krystlikova. The file currently has a wide repertoire, partly staged in the Italian and German. DOP released eight CDs, Czech Christmas Mass by JJ Ryba, H. Brundibar Beauty, Little Mozart, Geniuses and children (Smetana, A. Dvořák, B. Martinů, L. Janáček), we like Opera, B. Britten The Little Sweep, K. Hasler Clouds sail off into the distance (songs), and J. Uhlíř Z. Svěrák Miniopery. The production of the most famous children’s opera Brundibar by Hans Krasa, designed DOP released on DVD. The set was filmed by a television documentary on his work regularly inform the media.